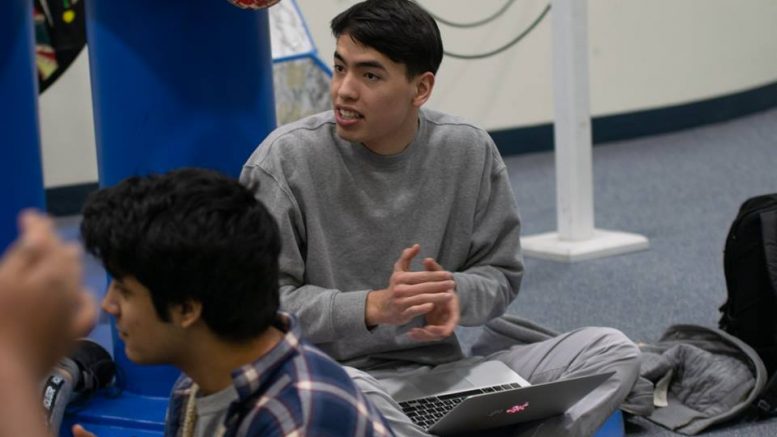 In case you missed the first day of Clash of the Halls 2019, here’s a rundown of everything that took place. Halls finished their decorations Sunday night at 10 PM and eagerly awaited the judgment which took place Monday during midday. Be sure to stop by every hall soon to take in the full effect before members begin taking them down.

Also at midday, Clash of the Halls week officially commenced with opening ceremony. CAB Director Kanika Leang (’19) kicked off the week followed by Student Council President Srivinay Tummarakota (’19) who reminded everyone to have fun and remain friendly throughout the week.

Soon after, Dr. Golab, Ms. Julie Polz, and Dr. Kopff made predictions about the week with a bit of chemistry. According to their predictions, the following will happen:

The hall most likely to get lost in obstacle course is 1504.

The hall least likely to suffer a wardrobe malfunction during talent show is 1506.

The hall most likely to use permanent marker as face paint is 1502.

The hall most likely to trip during drill is 1507.

After predictions had been given, Think Tank kicked off. Categories included mathematics, science, pop culture, diversity, and history. Hall members frantically googled, guessed, and ran around the school looking for help. About 50 minutes later, the grueling event ended.

Later, at night, CAB showed all seven hall movies and announced the results for hall decorations and Think Tank as well as the morning’s riddle. Results for the movie will be announced at a later date.

If you missed hall movie showings, view them here!

Finally, the standings are as follows:

Be the first to comment on "Clash of the Halls: Day 1"