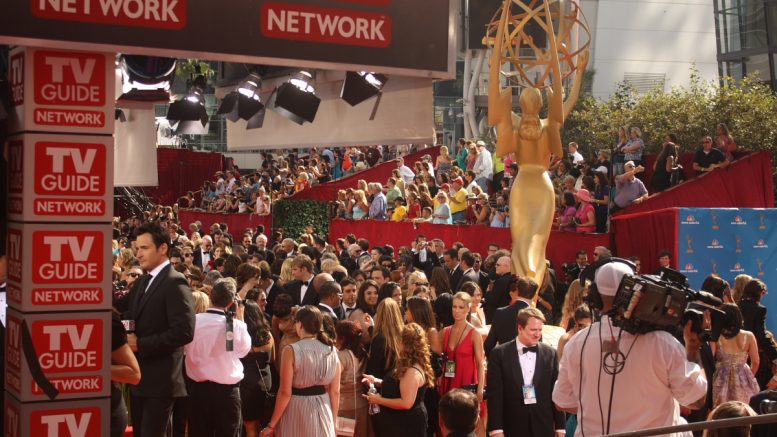 TV deserves to be celebrated now more than ever before. It brings viewers comfort, laughter, and relief, all from the safety of a couch. We can connect with each other over favorite shows and share spoilers, providing a sense of connection that is ever so needed. What better way to honor these television series than by holding the virtual Emmy Awards. Here are prominent highlights of the 72nd Primetime Emmy Award.

Jimmy Kimmel proved to be a hilarious and witty virtual host. His monologue began with him addressing a live audience. Needless to say, that was quite a shocker. However, it was later revealed that the footage of the mask-less audience was filmed from last year’s awards. The camera then revealed that Kimmel was performing in front of an empty stadium, filled with cardboard cutouts of previous nominees – although real-life Jason Bateman made an appearance. Kimmel cracked jokes about performing in front of a fake audience, even giving himself a pre-recorded standing ovation.

After the monologue, all nominees joined from a Zoom call for the remainder of the event. However, there was a bit of in-person action during the show. Several distinguished guests were called to announce awards or engage in a skit with Kimmel in-person. Each guest was tested for COVID-19 and maintained social distancing if interacting with another. Guests included Jennifer Aniston, Zendaya, Sterling K. Brown, and H.E.R., who gave a musical performance. In addition, the Emmys featured clips of essential workers who announced several awards, featuring a nurse, doctors, a UPS worker, a truck driver, and more.

Throughout the numerous awards, a few shows surely took the spotlight, racking up awards and nominations. These television series include: