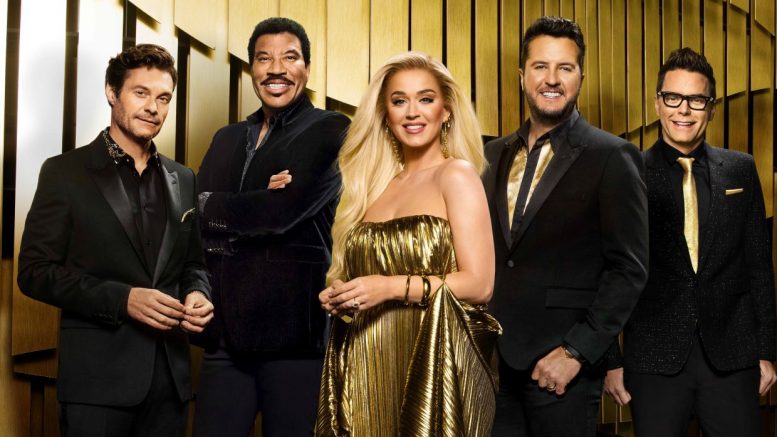 Season four of American Idol on ABC is underway with returning judges, Lionel Richie, Katy Perry, and Luke Bryan. Ryan Seacrest has also returned for his nineteenth season as host. Auditions to earn a place on the show were held virtually, though the audition round in front of the celebrity judges was held in-person with appropriate COVID-19 guidelines.

American Idol drew much attention this season with the audition of Claudia Conway, social media influencer and daughter of former President Donald’s Trump advisor, Kellyanne Conway. American Idol faced criticism after using the drama behind Conway’s family and her tense relationship with her mother to gain viewers. In several promos, Conway is portrayed as a conflicted teenager having grown up in a  environment with immense pressure on her from her social media followers. Conway began her audition with the song, “Love on the Brain,” by Rihanna, but was stopped by Katy Perry who asked her to sing a different song. She went on to sing “When We Were Young” by Adele. Though Luke Bryan believed she was “limited by [her] range” and gave her a “no,” Katy Perry and Lionel Ritchie decided to give Conway a chance, and she passed through to the next round.

Other notable contestants this season include Yurisbel and Grace Kinstler. Twenty-five year old Yurisbel from Cuba brought incredible energy and eccentricity to the show with his bold dance moves. He performed “Fireball” by Pitbull, and had the judges up and dancing with him. Though his singing may not have been up to par with the other contestants, he went through with a “yes” from both Luke Bryan and Lionel Ritchie. The latter stated, ”the kids need to be able to have some fun” and that Yurisbel was “the mascot of fun.” Grace Kinstler, whose dad had passed away unexpectedly last February, stated she was singing for him in her audition. Kinstler sang “Midnight Train to Georgia” by Gladys Knight and the Pips as well as “Natural Woman” by Aretha Franklin. All three judges were extremely impressed with Kinstler – Luke Bryan compared her audition to those of Kelly Clarkson and Jennifer Hudson, who both had successful runs on the show before their singing careers took off.

The audition rounds will continue on American Idol, which will include Hollywood Week, in which the contestants go through a series of grueling performances and cuts. As a much appreciated break from the reality of the pandemic and other crises facing our world at the moment, American Idol is predicted to have an exciting season.