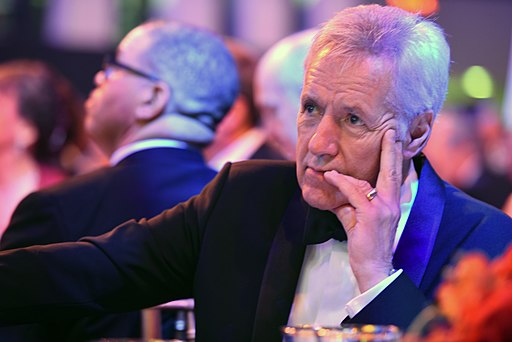 Legendary Jeopardy host, Alex Trebek, passed away surrounded by his family and friends on November 8th. To viewers of the show, Alex Trebek on Jeopardy was one thing you could always count on. You could always turn on the television at 3:30 p.m. and expect to see him emerge from behind the set and start reading out cleverly-named categories in a manner more professional and distinguished than anything else on television. Trebek seemed intimidating, but there was also something incredibly comforting about him. As a result, Jeopardy has earned its name as one of the most pleasant shows on television because of Trebek’s mannerisms.

A contestant on the November 5th episode, Burt Thakur, became emotional telling Trebek about how he helped him learn English and Jeopardy tweeted the video saying, “Alex’s impact is immeasurable.” That story is one of many, as countless numbers of people have shared how much Trebek meant to them over the years and after his passing. Here are just a few of the many shows of support for the icon:

“You know, here’s a true story, man. I grew up, I learned English because of you. And so, my grandfather, who raised me – I’m gonna get tears right now – I used to sit on his lap and watch you every day so it’s a pretty special moment for me, man. Thank you very much.”

“What is we love you Alex,” college student Gaur wrote in place of his response in Final Jeopardy during a Tournament of Champions game on November 11th, 2019.

“For 22 minutes a day, five days a week, there was an adult in the room. Someone who loved learning; someone who could say, definitively, who was right and who was wrong; someone to whom we could look for answers. And someone we tried to be better for.”

“Alex was, rather, the last Cronkite of reliability. He was part of the fabric of America’s evening—the center of a gathering place for the whole country, even as media was balkanizing into a million little niches everywhere else. People invited him over every night for decades, just to hear the calming sound of his voice. He wasn’t just a broadcaster. He was part of the family.”

~Ken Jennings (Jeopardy’s “Greatest of all Time” champion, also the first to be named “interim host” after Trebek’s passing)

On a publicity event for the “Greatest of All Time” Jeopardy tournament:

“You’ll recall that the entire conceit of this tournament was to crown the “Greatest of All Time”, a Mr. Jeopardy if you will. The reporters knew this was crap: both titles already belonged to the host. They ignored us and mobbed Alex to ask him what he ate for breakfast that day. Those interviewers knew even the greatest contestants come and go, but the greatest host is eternal. Keep wearing that title belt wherever you are now, friend. You certainly earned it.”

Be the first to comment on "In Memory of Alex Trebek"