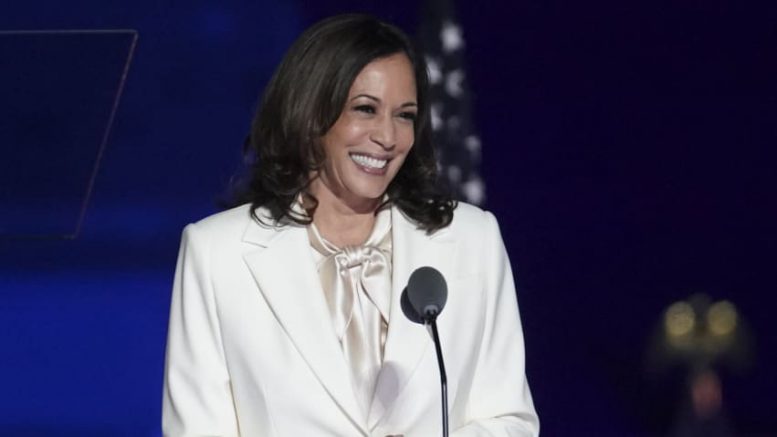 The 2020 Presidential election has been called, with Democrats Joe Biden and Kamala Harris defeating President Donald Trump and Vice President Mike Pence. Kamala Harris, currently a California Senator, is set to assume office on January 20, 2021. She will be the first South Asian American, the first African American, and the first female vice president in United States’ history.

Kamala Harris was born on October 20, 1964, in Oakland, California, United States. Harris is biracial, her mother being Indian Tamil and her father being Afro-Jamaican. Her father, Donald Harris, taught at Stanford University and her mother, Shyamala Gopalan, was a breast cancer researcher at the University of Illinois at Urbana-Champaign and University of Wisconsin.

After studying political science and economics (B.A., 1986) at Howard University, Harris earned an undergraduate degree and a law degree in 1989 from Hastings College of Law in the University of California system. Then, she began her career in the Alameda County District Attorney’s Office. In 2003, she became the District Attorney of the City and the County of San Francisco.

Harris has achieved many firsts in her political career. After two completed terms as the District Attorney of San Francisco, she was elected California’s Attorney General in 2010, which made her the first African-American and first woman to serve in that position.

In 2017, Harris was sworn in as a U.S. Senator for California, which made her the first African-American woman and South Asian-American senator in history. On the campaign trail, she called for immigration and criminal-justice reforms, increases to the minimum wage, and protection of women’s reproductive rights. She served on the Homeland Security and Governmental Affairs Committee, the Committee on the Judiciary, the Committee on the Budget, and the Select Committee on Intelligence.

In her nearly two terms in office, Harris had many new accomplishments. She won a $25-billion settlement court case for California homeowners hit by the foreclosure crisis, she defended California’s Landmark Climate-Change legislation, helped win marriage equality for all Californians, protected the Affordable Care Act, and prosecuted transnational gangs that trafficked in guns, drugs, and human beings.

Initially, Harris announced that she was seeking the Democratic presidential nomination in 2020. Although she was one of the leading contenders, by September 2019, her campaign was in trouble. In December, she dropped out of the race. At the start of her campaign, she began strong with a polling average starting of 6.7 percent, and that then went up to around 12 percent a month later. In the spring and into the summer began a slow decrease when Joe Biden launched his campaign, where he had a polling high of 41 percent in late May. Other competitors joined as well, and Harris was brought down to 7 percent on the eve of the first debate in late June.

During this debate, Harris had an exchange with Biden on  the subject of Biden’s record of opposing school busing as a means of rectifying racial segregation in the 1970s. She gained a lot of support from this, and in less than a week, Harris was up to 15.2 percent, doubling her previous standing. Then, there began another slow decrease where a month later, she was down to 10 percent. In early September, she was at 7 percent. A month later, she was at 5 percent, and then on the day she suspended her campaign, she was at 3.4 percent. In a campaign statement, Harris explained “[my] campaign for president simply doesn’t have the financial resources we need to continue.”

Later on in August 2020, 90 minutes before Biden’s announcement of his running mate, he called Harris to offer her the job. She accepted, which made her the first African American and South Asian American woman to appear on a major party’s national ticket. Now, after the presidential election in November, Kamala Harris is set to be the first BIPOC female to be vice-president.

Be the first to comment on "The History Of Kamala Harris"