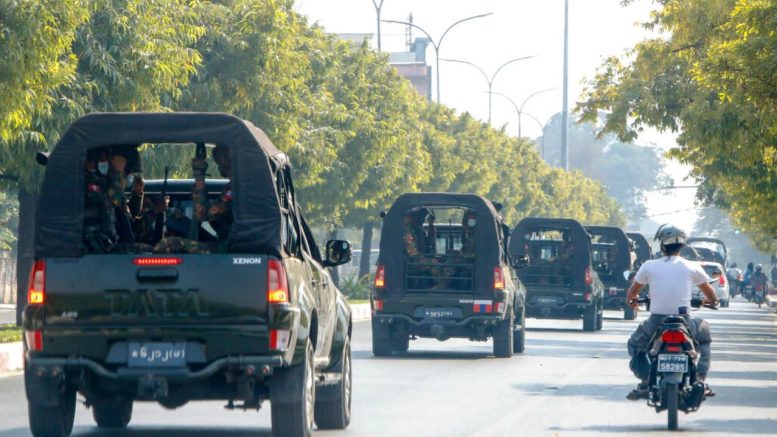 The nation of Myanmar has made international news after its military took control of the government in a coup on February 1. The military, known as the Tatmadaw, claims that the 2020 elections were fraudulent, and have declared a year-long state of emergency. Several government officials have been detained, including Aung Sun Suu Kyi, the former head of state.

Myanmar, formerly known as Burma, was a British colony until 1948 when it was granted independence from the British Empire. In the years following independence, the country faced widespread ethnic and political strife. In 1962, the military took control of the government in a coup d’etat. After widespread protests in the late 1980s, free elections were held, and the National League for Democracy became the majority party of Myanmar. However, the military never fully ceded power and has maintained control of the government. After further reform in the 2010s, the NLD gained more power and attempted to dissolve the military junta.

On February 1, the Tatmadaw dissolved the parliament, detained multiple NLD officials, and seized power. Before the coup, the military demanded a recount of the vote despite election commission officials claiming no evidence of fraud. The commander-in-chief of the Tatmadaw, Min Aung Hlaing, became the de facto leader of Myanmar. Hlaing has had influence over Myanmar politics for decades and has been criticized in the past for his role in military attacks on ethnic minorities.

Hundreds of thousands of people have taken to the streets in Myanmar to protest the military government. Protestors carry NLD flags and portraits of Suu Kyi. The government has responded by restricting internet access and forcefully stopping protests.

While Hlaing has stated that free and fair elections will return after the state of emergency ends, many international organizations are skeptical. The coup has been widely criticized by Western politicians in the UK, EU, and the USA. The United Nations has described the coup as “a serious blow to democratic reforms.” The neighboring nations of Cambodia, Thailand, and Vietnam have refused to support a side.

Be the first to comment on "The Coup in Myanmar"