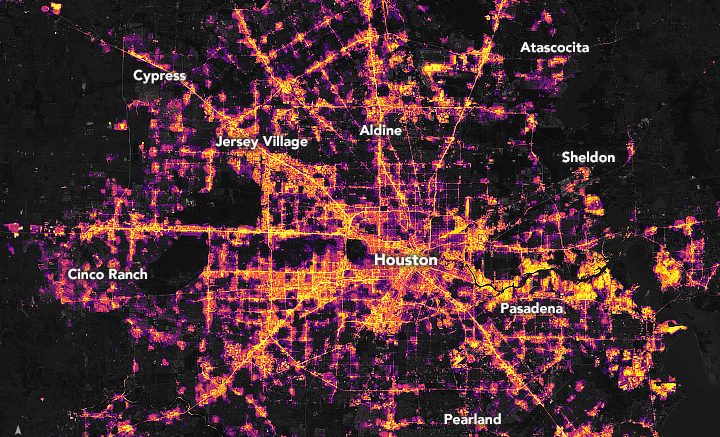 This past winter was horrible for millions of people across America. Texas was hit especially hard, with more than four million people having no power throughout the state. Heavy snowfall and freezing temperatures directly caused traffic issues, power outages, and deaths. More than 100 million people over a 1.6 million square kilometer area were under winter storm warning, according to the US National Weather Service. 73% of America was covered with snow as of February 16th, which is the most coverage the country has seen since 2003. Why was this winter so harsh? Why did Texas have freezing temperatures for the first time since 1989?

This prolonged freeze was caused by an Arctic wind. This wind came down from Canada, and it was pushed all the way to Texas. These irregular gusts were caused by a Sudden Stratospheric Warming Event (SSW). This SSW was 30 km about the North Pole. It was caused by a weakening of the polar vortex, a low-pressure area with cold air that surrounds the North Pole. The polar vortex was warmed and weakened by the swirling jet stream winds that circulate the pole.

Usually, these swirling jet stream winds are strong enough to contain the Arctic winds, but the weakening allowed the cold air to leak out into the mid-latitudes, including the United States, and it caused most of America to be unusually cold. It also caused the Arctic to be abnormally warm because the weakened polar vortex also allowed warm air to enter the Arctic.

These strong cold waves are becoming less frequent, however, due to climate change. Despite these circumstances, when the cold waves do occur, it hits most of the globe. Europe was frozen over this winter, as well. Other places were either also extremely cold or unusually warm for wintertime. Due to climate change, however, there has been a decline in cold temperatures. In its Fifth Assessment Report, the Intergovernmental Panel on Climate Change stated that it is “very likely that heat waves will occur with a higher frequency and duration. Occasional cold winter extremes will continue to occur.”

Now, the question is why. Why is the polar vortex weakened? Why is cold air leaking out, and warm air is sneaking in? Climate scientists across the world think climate change is making sudden stratospheric warming, specifically in the Arctic. The Arctic is warming at three times the pace of the global average, and many scientists believe it is because of human-caused climate change.

Humans are burning fossil fuels near-continuously for many different reasons; for instance, electricity, heat, and transportation are some of the biggest contributors to climate change. When people burn fossil fuels to produce their energy, tons of carbon dioxide are released at a time. This carbon dioxide makes its way into the atmosphere where it gets stuck and traps solar radiation.

Over the past century, since humans started truly using electricity for everything, there has been a serious and obvious increase in greenhouse gases in the atmosphere. This causes general warming of the Earth and, in turn, causes global warming.

Experts say we have a decade to get our use of greenhouse gases under control before we face a climate catastrophe. We, as a nation, need to understand the consequences of our way of living. We burn fossil fuels by the ton, in turn releasing tons of these gases to our atmosphere with no regard to the world and ourselves. We wonder why Texas had people dying this winter and why they had freezing temperatures colder than Alaska. It is all because of global climate change, and it is all because of us.

Be the first to comment on "Extreme Winter: Natural or Human-Caused?"