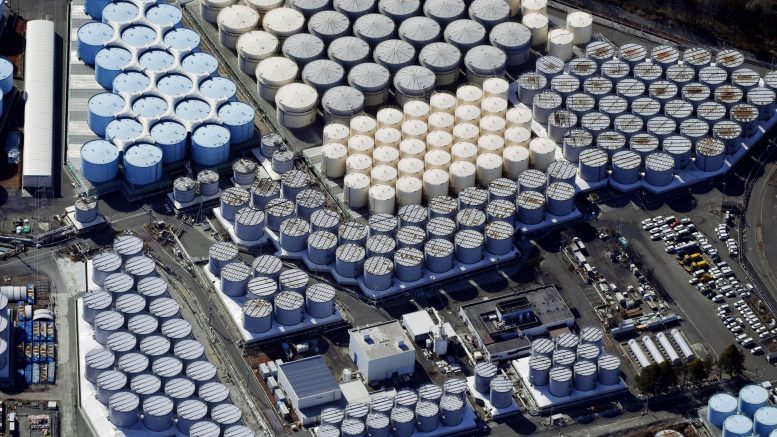 On Tuesday, April 13th, the Japanese government announced that in two years, they plan to release 1 million metric tons of treated nuclear wastewater that has been held since the Fukushima Daiichi Incident of 2011 into the Pacific Ocean. This decision, long speculated about due to safety concerns and public opposition, was influenced by the prediction that later next year, Japan would run out of storage capacity to hold the waste. The Japanese government, the International Atomic Energy Agency (IAEA), and some experts have claimed that the water is not dangerous and would not pose a hazard to the wildlife and people living on the coast, but this statement has been met with great skepticism from environmental activists and global powers alike.

The Fukushima Daiichi Incident was the result of a magnitude 9.0 earthquake that occurred on March 11, 2011, causing considerable damage in the eastern region of Japan. At the time of the earthquake, eleven reactors and four nuclear power plants automatically shut down during operation. There was no damage reported until a 15-meter tsunami followed about an hour after the earthquake, flooding the entire site at Fukushima Daiichi. 12 of the 13 backup generators and the heat exchangers responsible for dumping reactor waste heat and decay heat into the sea were disabled. The seawater pumps for both the main condenser circuits and the auxiliary cooling circuits were submerged and damaged, putting reactors 1-3 in a dire situation. All three units experienced major fuel melting and leaking. A nuclear emergency was declared later that day, followed by an evacuation order on the 12th for people living within a 20-kilometer radius of the plant.

The management and cleanup of contaminated water in the following weeks proved to be a difficult challenge of both manpower and speed. Wastewater had to be removed from both the reactor and turbine buildings as well as from the trenches storing cabling and pipework. Run-offs were also carrying contaminated water containing radionuclides from the site and bringing it into the sea. By the end of March, around 1,000 storage tanks were set up and pumped full of water from the buildings, each holding around 1,200 m3. Over the next few months, with government approval, around 10,400 cubic meters of slightly contaminated water were released into the sea by the plant’s operator, Tokyo Electric Power Co. (TEPCO), to free up more space for more highly contaminated water. Later on, a new wastewater treatment facility was built for the process of treating contaminated water, with continuously experimenting with gradually releasing treated water into the sea over the years.

Prime Minister Yoshihide Suga explained that the release of wastewater into the ocean was the “most realistic” option and “unavoidable.” Radionuclides in the water would be reduced to approved levels, besides tritium, which is harmless in small amounts, after treatment. The plan involves Japan’s agreement to follow the international rules for release, obtainment of support from the IAEA, and the “utmost support of local fisheries.”

However, following the reactions of global powers, Japan may be challenged by international law for their decision. There are at least two international treaties that restrict or ban the act of dumping waste into the sea: the United Nations Convention on the Law of the Sea (UNCLOS) and the 1996 Protocol to the Convention on the Prevention of Marine Pollution by Dumping of Wastes and Other Matter, commonly referred to as the London Convention. The UNCLOS explicitly requires under Article 210 “laws, regulations, and measures shall ensure that pollution by dumping is not carried out without the permission of the competent authorities of States.” There are disputes over the terminology and definition of “dumping” and that Article 8 of the London Convention may allow dumping under the conditions of an emergency given that the party “shall consult any other country or countries that are likely to be affected,” which could be why Japan has shown “transparency” by announcing their plan two years ahead of execution.

Local Japanese, South Korean, and Taiwanese fishing industries have been protesting Japan’s decision. Meanwhile, South Korea has threatened legal action against Japan under international dispute settlement mechanisms if they do actually move forward with their plan, citing concerns for “the safety of the Korean people and the surrounding environment in the future.” The South Korean government has plans to strengthen radioactivity monitoring and their cooperation with the IAEA. China has also expressed criticism that Japan had not completely exhausted safe disposal methods or consulted the neighboring countries and international communities that would be impacted by their decision. Politics and society expert Li Xing of the Aalborg University in Denmark has even mentioned the possibility of China banning the import of Japanese seafood and other agricultural products in retaliation. Civilians have also shown opposition to the decision made by Japan. On April 20th, South Korean students shaved their heads during a public demonstration in protest of the wastewater release and other protests are being held throughout Japan, China, and Taiwan. Meanwhile, the United States has expressed support for Japan’s decision, applauding them for “[having] weighed the options and effects, [having] been transparent about their decision, and [appearing] to have adopted an approach in accordance with globally accepted nuclear safety standards,” as stated by the U.S. State Department.

Currently, Japan has not made an official statement in reaction to the concerns raised by surrounding countries, nor have they shown any indication of changing their stance. What can be expected in the following months are diplomatic talks between government officials about the expectations of Japan from other countries.

Green Spaces in Cities Are Good for Mental Health