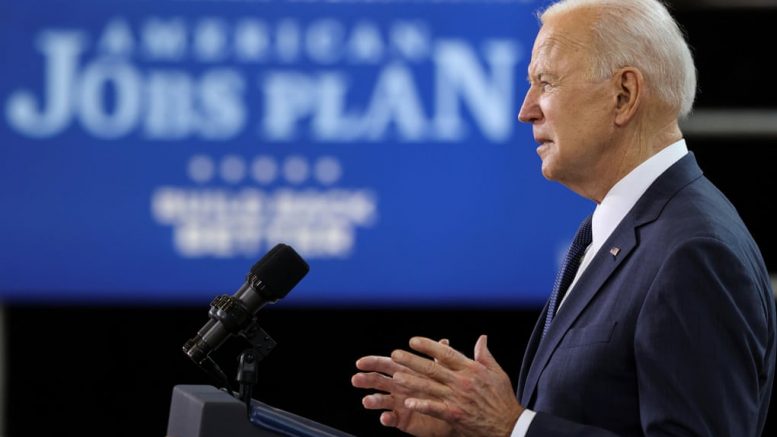 In April, Senate Majority Leader Chuck Schumer’s office announced that the Senate Parliamentarian decided that Budget Reconciliation can be used an additional time this year. This allows Senate Democrats to pass at least a total of three bills using a simple majority before the 2022 midterm election. Budget reconciliation has already been used once during the 2021 budget fiscal year for the COVID-19 Relief Package, which was passed earlier this year.

Budget reconciliation is a Senate process that accelerates legislation on the budget. This process allows budget-related legislation to pass with a simple majority (51 votes), bypassing the filibuster, which requires a 60-vote majority to pass legislation. Budget reconciliation is usually allowed only once a year. However, Sen. Schumer suggested that under Section 304 of the Congressional Budget Act, which states that during any period in a fiscal year the Senate and house can revise the budget resolution, budget reconciliation can be used again within the fiscal year to pass more budget-related legislation. This would include President Joe Biden’s 2.3 trillion-dollar infrastructure bill.

At the beginning of his presidency, Biden proposed an infrastructure bill with the intent to revitalize infrastructure. Biden’s infrastructure bill includes funds to rebuild and update transportation, build infrastructure, and invest in manufacturing. In addition, Transportation Secretary Pete Buttigieg estimates that the bill would lead to the creation of about 2.7 million jobs in updating infrastructure. In order to cover the expenses of the bill, a corporate tax increase from 21% to 28% was proposed in this bill. This aspect of the bill is mainly targeted towards larger corporations that haven’t paid taxes or haven’t been paying the correct amount of taxes. It is estimated that if the tax increase is passed, then the bill will make up the cost in about 15 years.

The proposed infrastructure bill has come with some controversy and has been met with criticism from not only the Republican party, but also from some in the Democratic Party as well. Republican Senator Shelley Moore Capito, a member of the Environment and Public Works Committee, stated that she would be willing to support a bill between $600 billion and $800 billion, which would include less than half of what Biden proposed, and would leave the corporate tax at 21%. Sen. Susan Collins supported her colleague stating, “I’m going to be getting a presentation from Sen. Capito next week … but certainly I think $800 billion would be a great package.” However, not all Republican Senators are opposed to the increase in corporate taxes. Republican Senator Lisa Murkowski expressed that she would consider supporting a corporate tax increase, but also criticized that it was the main method of paying the bill, suggesting the possibility of raising the gas tax.

Within the Democratic Party, Democratic Senator Joe Manchin criticized the bill for its corporate tax increase. However, he said he would potentially support the bill if the tax increase was lowered to 25%. Other Senate Democrats have suggested passing an $800 billion bipartisan bill that would encompass transportation and energy infrastructure, leaving the remainder of the bill to pass using budget reconciliation. Aside from the corporate tax increase, Joe Manchin appears to support most of the spending in the bill, stating that Democratic Senators should “do whatever it takes” to pass an infrastructure bill.

This decision’s impact on what the Democratic Party is able to accomplish with a simple majority is predicted to also have an impact on the midterm elections, which is especially important in the Senate to determine which party will have the majority after the 2022 midterm elections. One of the usual key issues that voters take into consideration is the state of the economy and the impact that it has. With the power to use reconciliation multiple times during the fiscal year, Senate Democrats may have the ability to pass legislation that will positively affect the economy in the voter’s eyes and widen their majority. However, their ability to impact the economy still heavily relies on the rulings of the Senate Parliamentarian and how much legislation can be passed before the 2022 midterm election.

Update on the Biden Infrastucture Plan