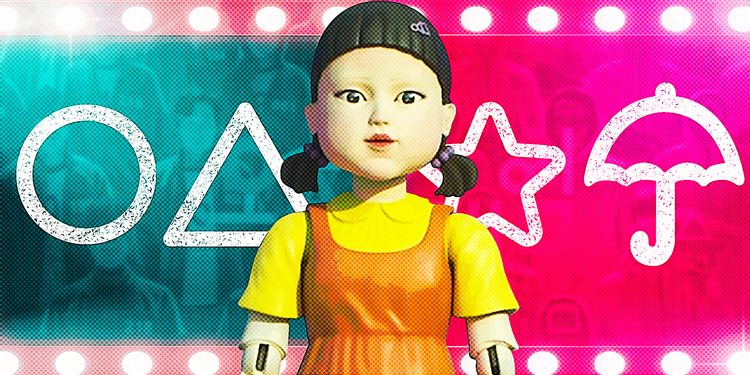 Through the rise of K-Pop groups such as BTS and Blackpink over recent years, Korean culture has taken the world by storm. Adding to this rage of K-Culture, a new Korean phenomenon has hit the charts: Squid Game. Squid Game is a South Korean Netflix series that depicts a competition where contestants (that are in debt) compete in childhood games to get money. These are typical games, such as “Green Light, Red Light,” making dalgona candy (literally melted sugar and baking soda), tug of war, and hopscotch. As many of us know already, there’s a twist to these fun games: the moment you lose, you are killed. This thriller has entralled audiences around the world, leaving them wondering what game would be played next, and most importantly, who the mastermind behind the games was.

But why Squid Game? What distinguishes this specific series from other Korean Netflix shows or dramas like Kingdom or Crash Landing on You?

The most obvious answer to these questions is just that it’s thrilling. Squid Game offers a new source of entertainment in our dull lives with something that is exciting. As opposed to Netflix’s Kingdom, which is a horror story centered around ancient Korea and zombies, Squid Game portrays a more similar atmosphere to our current world. Many of the characters’ concerns are reflective of our own, and the way they talk makes it easier for people to empathize with. 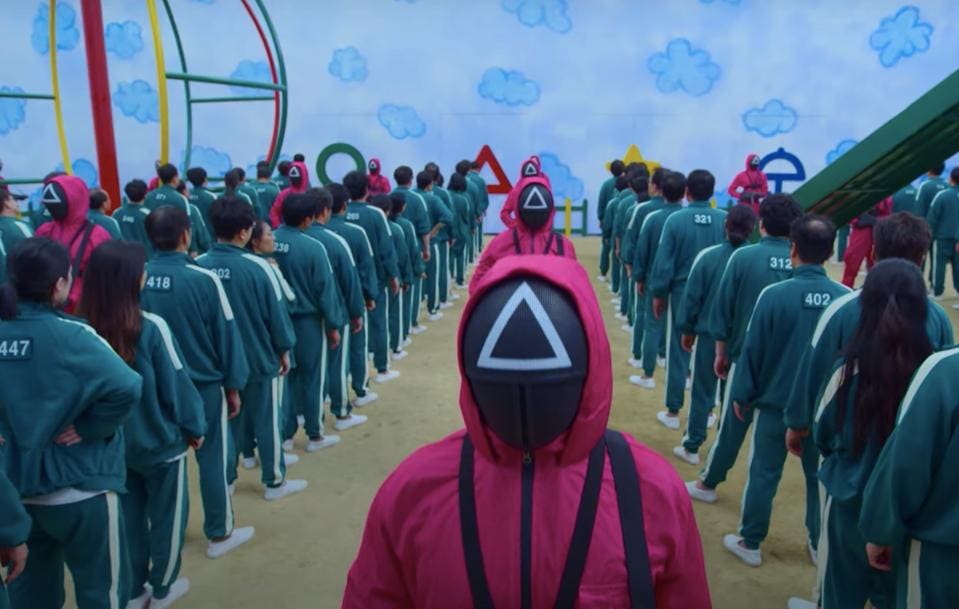 While not perfect, Squid Game still aims to tackle many of the social issues that are plague modern-day South Korea. One major concern is the disparity between the rich and the poor, best reflected by the image of the wealthy men sipping champagne as the last two contestants hack at each other with knives. Ultimately, the whole story revolved around the fact that all 456 people were in severe debt, and the wealth lured them in with the offer of 45.6 billion won. The only reason the old man (Oh Il Nam) even started the games in the first place was that he was bored. This alone makes clear that the wealthy have a significant amount of power and control over the poor—not just in the game, but also in reality.

In addition, the characters of Ali and Kang Sae Byeok reveal more important issues within Korean society. Ali is a Pakistani immigrant who works a low-paying job in order to keep himself and his family alive in Korea. However, his boss stops paying him, which is why Ali falls into debt and must turn to Squid Game as his remaining hope. Korean shows don’t include foreign characters often, and when they do, they’re usually the gang boss or the drug smuggler. Showing how Ali is often mistreated by others due to his race was a big step in acknowledging the inherent racism in the country. Furthermore, Sae Byeok is a North Korean, who most South Koreans regard as “enemies.” However, her story was so heart-wrenching and different from the usual portrayal of North Koreans that most people regard her as the protagonist instead and also consider her to be a genuine person who simply wants to live with her family again.

Cho Sang Woo’s character also sheds light on the education system in South Korea, which is notorious for its intense rigor. Sang Woo had actually attended the most prestigious school in Korea, yet he ended up purchasing failed stocks and fell deeply into debt. However, because he cannot face the disappointment of his mother, he chooses instead to pretend he is always away on a business trip. His situation in life shows that getting into a good school isn’t everything – a message many parents are reluctant to admit.

Lastly, the willingness of the 456 participants to continue playing the games reveals more about human nature and our values. From a logical standpoint, not many of us would be willing to put our lives at risk in such a situation where the probability of surviving is so low. However, the fact that most people returned after the first game displays how willing most people are to put money before their lives, and how pointless life can seem without money.

Most of us could not predict who the creator of the games was, or why it was created in the first place. There were a few hints along the way, however, that pointed to who may have some influence over the games. In the first episode, “Red Light, Green Light,”  the old man was actually happy. Others were fearful for their lives, yet the man looked like he was genuinely enjoying the games. Also, when people start fighting in the dorm rooms, leading to the death of many players, it is Il Nam who actually stops the fighting. Regardless, no one truly expected him to do such cruel things to people because we were made to believe he was the sweet old man who made even made us cry after he was “eliminated” in the marble round.

Although we were able to find out who the creator was and who the frontman was, this wasn’t sufficient for the viewers. The last scene of Squid Game was Sung Ki Hun choosing to re-enter the Squid Games to find out who the coordinators are, and why they’re continuing to host the games. Most Korean shows do not have multiple seasons, so the fact that Squid Game will most likely have a follow-up has grabbed viewers’ attention.

With all of these factors combined, it makes sense that Squid Game went viral and left millions of people around the world waiting for more. This feat is even more impressive because the show is entirely in Korean, yet it connects with people from all different backgrounds who speak various languages. This ingeniously crafted Netflix series has and will continue to have a huge global impact.

Be the first to comment on "Squid Game: A Popularity Analysis"