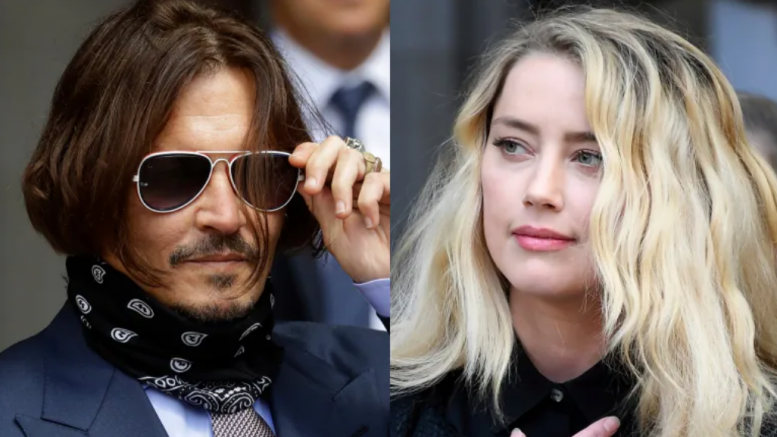 In recent years, actors Amber Heard and Johnny Depp, previously married, have been in constant conflict. This month, they officially go head to head against each other in court for defamation.

The relationship between Amber Heard and Johnny Depp started when they filmed “The Rum Diary” in 2009. They confirmed their engagement in 2014 and officially got married in 2015. However, they filed for divorce within a year, with Heard requesting a restraining order for Depp because of his alleged violence. Since then, Heard has portrayed herself as a figure of domestic violence, which Depp claims was defamation on his part. Eventually, he sued Heard for defamation and is seeking $50 million for damage. Heard then counter-sued for $100 million for damage. Ultimately, this tension between the two actors has escalated into a full-fledged court case.

Johnny Depp claimed that he has “never hit a woman,” saying that his violent behavior was an “easy target” for Amber Heard to use because of his past history with drug and alcohol abuse. On the other hand, Heard has repeatedly asserted that Depp has a “short fuse” and is prone to getting violent. She tried to prove this by showing evidence of bruises she obtained after Depp allegedly threw a phone at her.

It seems the public is showing its support for Depp more than Heard. For example, a Starbucks in Los Angeles showed two tip jars, with one labeled “Johnny Depp” and the other labeled “Amber Heard.” There was significantly more money in the “Johnny Depp” jar (considering that there was no money in the Heard jar). Clearly, even though the tip jars offer a comical view of the trial, it also diminishes its importance. At its core, the trial is one of domestic violence, a topic that should not be taken lightly. Regardless, this trial has been incredibly interesting, as the public seems to side with Depp, the male figure, over the alleged victim, Heard. Who was more “at fault” is something to be considered as the trial goes on for the next few weeks and months.

The Chauvin Trial: Verdict, Implications, and What’s Next

Be the first to comment on "Amber Heard and Johnny Depp: A Trial of Defamation"