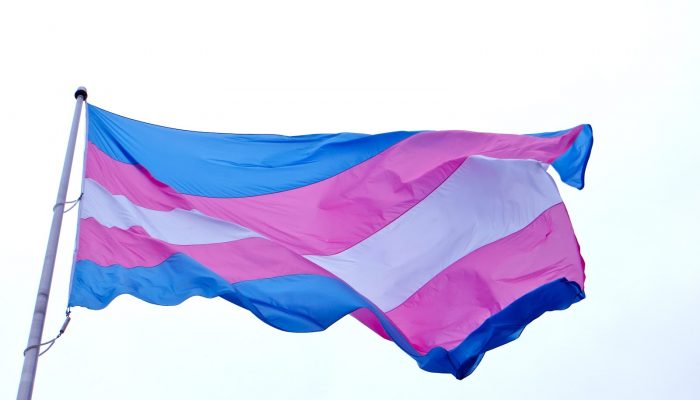 Transgender students often experience massive challenges with their parents in the process of coming out | Source: City of Philadelphia

The following is an editorial from an IMSA student. This letter has been reviewed only for clarity and the appropriateness of its language, and no edits have been made to its content, claims, or assertions. The Acronym supports respectful discourse about the challenges facing our community and welcomes comments on this article which uphold that standard.

Submitted by: A Trans Kid

So, your child just came out as trans and you don’t know what to do. I bet you feel conflicted. On one hand, you’ve spent X number of years perceiving your child as their assigned gender at birth (AGAB), you referred to them with the name you gave them (aka deadnaming), you have used pronouns associated with their AGAB, and might have even signed them up for sports that placed them in a team based on their AGAB. Now their gender has changed, they have a new name, use new pronouns, and might even be calling upon you to assist them in medically transitioning to their preferred gender presentation. Your worldview has been shaken up, your common sense challenged, and your status quo obliterated. How are you supposed to deal with all these challenges in a way that isn’t offensive to your new trans kid? And how do you do it in a way that doesn’t cause them too much gender dysphoria? Well, allow me, a trans kid who’s out to faer parents guide you.

The first thing you gotta do is suck it up, you big baby. Yes, you are used to your child being their AGAB, but you were also used to the United States not being at war with half the Middle East before 2001, and you adapted perfectly fine to that. A lot of people will tell you to take time to “mourn” the child you had before they changed their name and pronouns. Don’t do that, either. Your child is right there, still your kid, probably pissed off you’re acting like they died. So stop mourning your trans child as if they’ve died, because it isn’t productive.

Second, I bet you’re having a hard time adapting to your child’s new name and pronouns. After all, you weren’t used to saying them before now. Well, I also bet you had no idea who Obama was before 2008, or what his pronouns were, but you still used them just the same. Toughen up. If you mess up that’s fine, but apologize for it. Don’t get too upset about it either; you didn’t hurt yourself when you misgendered or deadnamed your kid, you hurt them, so don’t cry about it like you’re the one suffering.

Now, you’ve mastered sucking it up, and not deadnaming/misgendering your kid. What do you do after that? Well, a common experience amongst trans people is to medically transition. Your kid might ask you to help them with that – after all, they’re financially dependent on you for the time being. Once again, you gotta toughen up and help them with the process. Don’t give them any gripes about how “this is a big step” or if they’re “sure they want to do this?” Chances are they’ve thought long and hard about this, even before they came out to you, but didn’t bring it up because they were afraid you’d say the exact same thing that you’re saying now.

If they’re young enough (12-14) then it’s best to get them on puberty blockers. These halt the body from producing the testosterone or estrogen that develops the body into presenting more masculine or feminine. If you’re worried about permanence, shut up; you don’t know what you’re talking about. Blockers have no permanent effect on the body, so you shouldn’t give a crap about how they’d affect your kid. If they’re a bit older (15+), then blockers might not have the same effect depending on when you started them, and it may be time to get them on HRT. Let me be clear, as I cannot state this enough: Suck. It. Up. HRT is extremely beneficial for the health of a trans individual, and many of the very few who detransition (yes HRT is reversible) do so because they lack social support, not because they weren’t trans. The danger of HRT is less than that of birth control so don’t try and stop your child from transitioning.

Other ways you can help your child’s transition is to help them get gender affirming clothes, or calling others out for their transphobia, but mostly, the most infuriating thing I’ve dealt with trying to get HRT is my parents dragging their feet on the issue. I was constantly going to meeting after meeting to make sure I was “ready” and “wouldn’t regret” a decision I have been dead set on for two years. You can do this from a position of absolute love and concern for them as an individual, but once again, they’ve considered this longer than you have. While you were referring to your trans-daughter as he/him, they were thinking about transitioning. While you were “mourning” them, they were looking into pills vs. injections vs. patches for HRT. And now, while you fret over their decision, they are hurting. Believe it or not, a lot of trans children who don’t feel their bodies show who they are get gender dysphoria. All I have to say on that is, it’s not a good feeling; it made me try to kill myself once.

So what have we learned? Well I didn’t learn anything, I was teaching you. You learned to suck it up, don’t misgender your kid, and support their transitioning. The happiest I’ve ever felt as a trans person was when my parents finally agreed to let me transition. I can’t speak for all trans kids, but if your kid wants to transition they’ll feel the same way. If they don’t, your support will still be the best thing you could ever do for them. So please, take it from a trans kid, support your trans kid.

A Teacher’s Thoughts on the Day of Silence