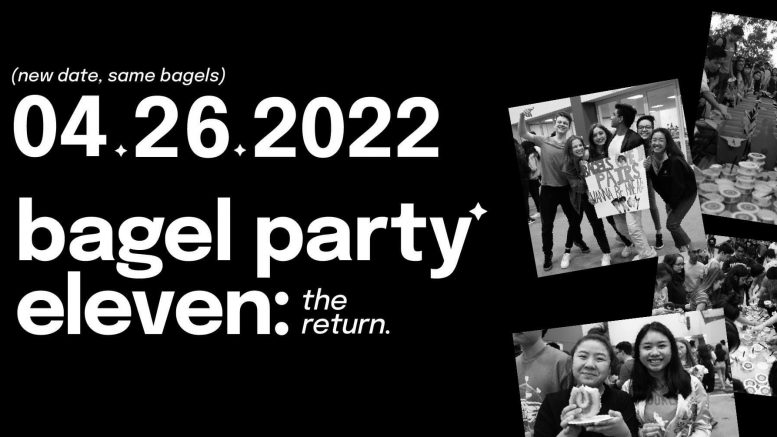 After the return to campus, two-thirds of the students had never heard of the Bagel Party before. Determined to bring back the tradition, a group of students decided to plan the 11th Bagel Party. The bagel party was run by Esther Im (’22), Dean Oquendo (’22), Saketh Dontaraju (’23), and Melinda Yuan (’24). Im, one of the heads of this operation, gave valuable insight into the process. 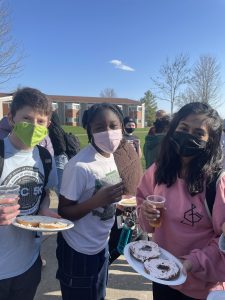 One main tool used was a spreadsheet with information dating back to the 6th Bagel Party. Here, they arranged all of the donations as well as the requests each donor had. They also had to make tables for the expenses including taxes and storing receipts. Esther jokingly mentioned that the main part of planning the Bagel Party was “begging people to donate.” Quite a bit of planning had to go into the party to make sure everything was fair and ran smoothly.

On the actual day of the Bagel Party, RC Rafael Gonzalez brought the group 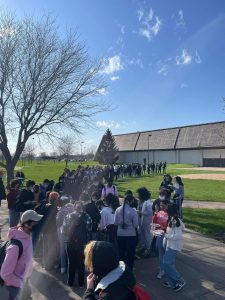 to Einstein Bagels to pick up all the pre-ordered bagels, and the day before, they also had to get drinks for the bagel party as well. Additionally, they had to write every donor’s name on their plate so they could pick up their own bagel (shout out to Dean for completing this task). To make sure everyone knew where to go, they had to continuously repeat directions for the donor line and regular line. You may have seen Esther holding a megaphone and clipboard, both very necessary tools for the success of the party!

In total, there were over $700 in donations for the Bagel Party. Various flavors were provided including garlic, pretzel, sesame seed, everything, plain, asiago, and many more! There were even plethoras of cream cheeses to spread on your personal bagel along with drinks for every attendant. The IMSA community definitely didn’t pass up the opportunity to have free bagels, as around 300 to 400 people attended!

Bagel Party 11: The Return was a definite success thanks to the hosts. IMSA students are surely excited about the 12th Bagel Party, which will be hosted by Saketh next year. Hopefully, the Bagel Party will continue as an IMSA tradition and continue to provide this delicious breakfast food for years to come.

Sitting with Shreya: The Background of TEDx 2022

Be the first to comment on "The Background of Bagel Party 11: The Return"