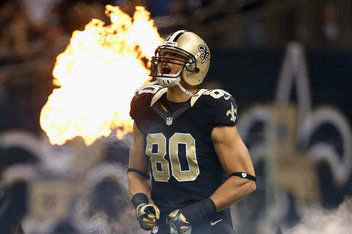 The end of the season is similar to the end of the semester for IMSA students. Like us, teams have to struggle through fatigue. Also like us, they have different goals in mind based on where they are in the standings. The top ranked teams have to keep up their standards of excellence in order to prepare themselves for the playoffs. The teams in wild card contention are like a student with an 89. They are so close to their goal and cannot afford many more mistakes. The teams at the bottom are struggling to find motivation to finish out the year strong. It is a tall order but, like us IMSA students, NFL teams always find a way to finish out the year with some positives. – Agnel (writes for the odd-ranked teams)

The playoff picture is red-hot. These are the most exciting weeks before the postseason.  We can watch our teams shine, make our bold Super Bowl prediction, and cheer on our fantasy teams.  In the AFC, the Patriots, Ravens, and Broncos are tied at 9-3, fighting for a first round bye.  The Steelers and the Bengals are still in competition for a 6th seed wildcard.  The NFC race is less polar, with the Seahawks, followed by the Buccaneers, Vikings, Redskins, and Cowboys.  The Redskins or Cowboys could even win their division, both with records of 6-6, behind the 7-5 Giants.  The Bears and Packers are tied in record for the North’s title.  Not much is set in stone and the difference will be made by your cheering and good-luck rituals. Why else would my mom scream at the Bears’ game and wear her “lucky shirt” every game day? – Mason (writes for the even-ranked teams)

NOTE: “Last Week” refers to the rankings from two weeks ago.

Solid win over the Titans leaves them with a good taste in their mouths going into the Monday night showdown with the Patriots. I believe this game determines who the favorite in the AFC is and the Texans will have their hands full.

The Falcons still have just one loss, but the coming games still matter.  The teams they played also have just a .389 win percentage, the lowest in the league.

They have the same record as the Colts with a far superior team. I’m not sold on this defense but their offense has recovered nicely after their sluggish start.

The Patriots have their two best opponents of the year the next two weeks, the Texans and 49ers, both at home, previously playing only the Broncos and Ravens.

They have a league high seven-game winning streak which looks like it will continue this week against Oakland. Baltimore looms large on the horizon, however.

Last week showed exactly the kind of game the Bears cannot win. A game against a somewhat competent offense and a really good defense.

The oldest non-kicker in the league, Charlie Batch, beat you?  He’s so old, he’s out there hobbling around with a walker!

After that statement win against the Packers, they fell horribly flat against the Redskins. Time will tell if that loss proves important in the playoff picture, but right now I believe more in RGIII than in Eli Manning.

While people are busy talking about Andrew Luck and RGIII, they cannot afford to forget Russell Wilson. He has tremendously overachieved in Seattle and looks to be the franchise quarterback for years to come.

The Lions are officially the saltiest team in the NFL, with everyone who has played the Seahawks closely behind.  Andrew Luck leads two touchdown drives for a last-chance fourth quarter comeback.  This Rookie of the Year contest is too close.

With the Redskins hot on their tail of the Wild Card in the NFC, I don’t see enough from this team to pull out a playoff berth.

That game was just garbage and it shows more about the Ravens than the Steelers.

They are my pick to win the NFC East now. Whether or not they can do anything in the postseason is a different story but they can definitely overtake the Giants.

The Rams seem to know how to play the 49ers, as they have beat them in the last game and tied them the first time.

Although I am quite fond of the Saints as a football team, I must say that they are done as far as the playoffs go.

The Cowboys are at .500 but they could lose the rest of their games this year.  Either way, the NFC East will only have one playoff team this season.

Adrian Peterson keeps running and the Vikings keep losing. So unfortunate because this has been a truly special season for him.

While their playoff hopes may be gone, the Dolphins can still try to make a statement against the 49ers or the Patriots this year.

The Bills could win a few more games this year, but at this point, why try? Tank for draft picks and a better future.

The season was over after week 5, but the Browns defense and run game are just getting started.

There is no shame in losing to the Texans. There is shame in committing six turnovers, however.

The Eagles are so bad, but they are above the teams below them because they have a tendency to score on accident.

They just got ran over like road kill in last week’s game against the Bills. On the bright side, they held Ryan Fitzpatrick to only 112  passing yards.

The loss to the Chiefs justifies this position. I don’t care if the Panthers think they are better than the Falcons.  Their win-loss record is still better than their coin toss record.

Mark Sanchez was finally benched but, instead of Tim Tebow, the Jets inserted Greg McElroy and won the game.

This team beat the Patriots?  The Cardinals could not beat the Jets.

Truly a much needed win for this hurting franchise. The loss of Jovan Belcher, who committed suicide in front of team officials, put into perspective how insignificant football is.

Maybe the return of McFadden will snap the five-game losing streak, but not this week as they travel to Denver.

Be the first to comment on "NFL Power Rankings: Week 14"