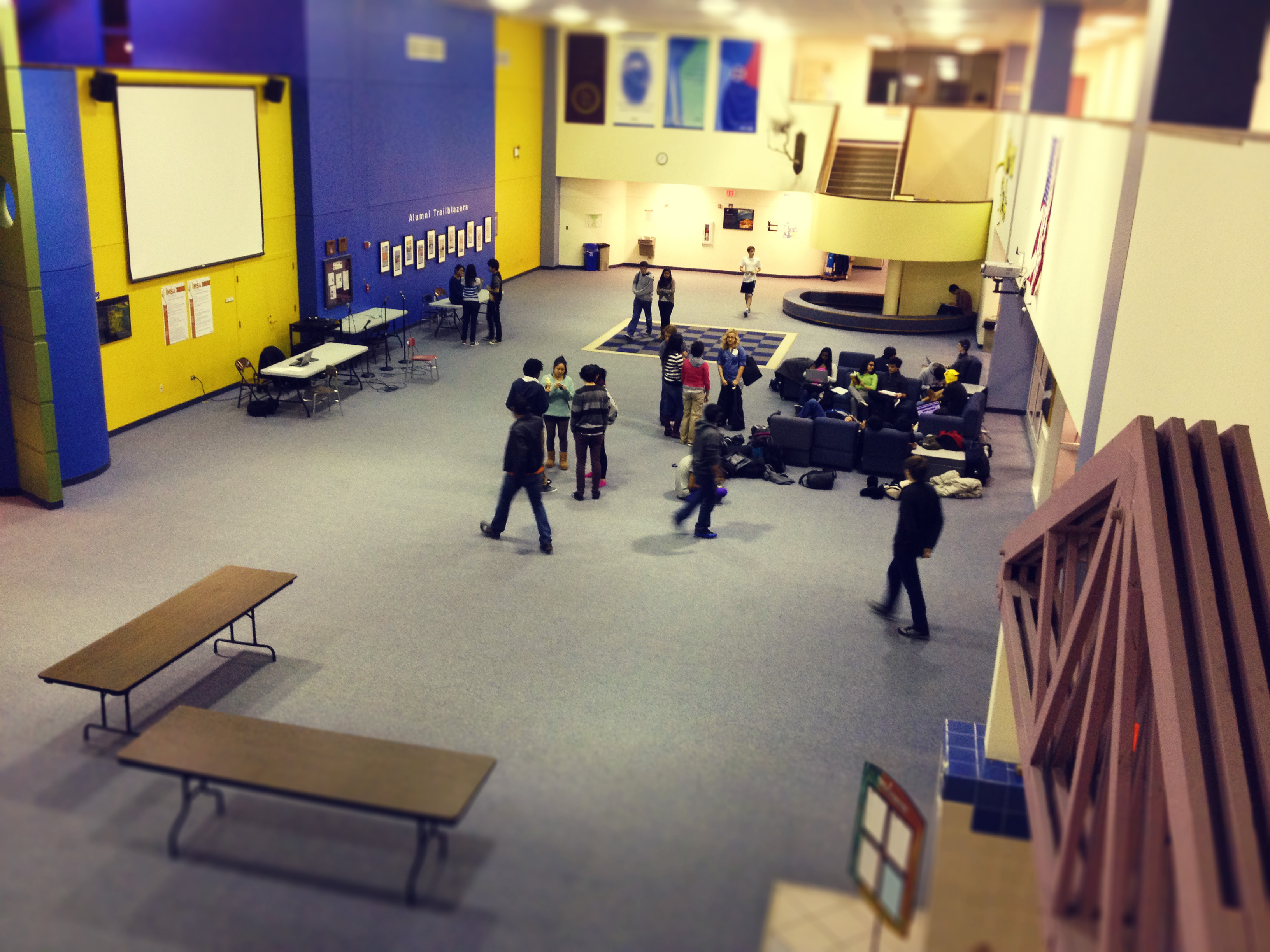 IMSA’s student run group SMAC, Spreading Music Around the Community, hosted their first Coffeehouse of the new year this past Tuesday night. This Coffeehouse showcased a particularly interesting variety of songs. The performances’ genres were generally  pop with touches of both classical and rap featured.

The show started with Andre Bistrain’s acoustic cover of “Baby Got Back” which created a humorous blend of soft instruments and vocals accompanied by crude rap lyrics. Perhaps one of the most popular performances of the night was Arjun Tambe’s original composition — “The Buffalo Song,” a reference to senior Sylvester Botelho and his well-known antics. “The Buffalo Song” drew tremendous laughter from the crowd and a standing ovation.

Other highlights from the show include the trio of Joanne Kwak, Judy Li, and Anna Gupta performing Adele’s “Skyfall,” a song featured in the most recent James Bond film. Returning from the last Coffeehouse was instrumental duo Taylor Herr on the marimba and Saurabh Kumar on the cajon performed a mash-up of various songs by popular artists like Train, Kelly Clarkson, MGMT, and more.

The successful Winter Coffeehouse created a casual environment for students to listen to and share good music.

SMAC’s monthly event Coffeehouse brings together performances by board members and students looking for a chance to perform for their peers.