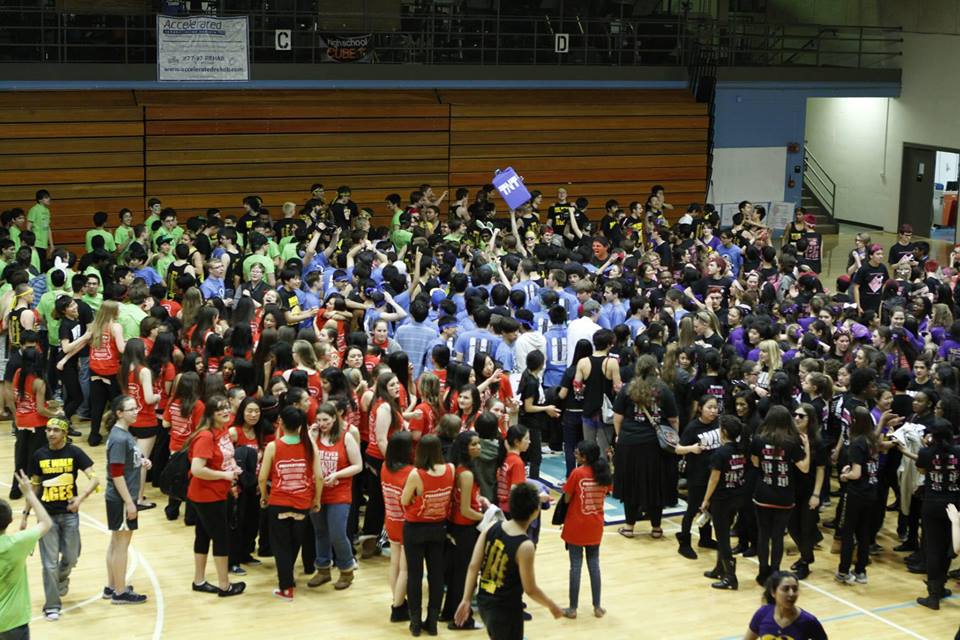 1507’s three year-long Clash of the Halls win-streak was put to an end after a major comeback from 1504 at last Thursday’s Pep Rally. Going into the last day of CoTH, 07 was ahead by nearly 180 points which had been maintained throughout the week. But hundreds of points could be dumped into the contest and change rankings completely. And 04 took advantage of this and quickly caught up through skillful Musical Chairs play and a well-designed mural. During the Pep Rally, the score differential continued to close until 04 finally pulled through in the end with a spectacular and unrivaled Drill Team.

Even last year, these two halls were highly competitive, shifting between first and second place over the entire week. In the end, a 20 point lead made the difference and left 07 the winners. This year, the gap was even smaller, with 04 being less than 17 points above.

But it wasn’t only 04 and 07 who put on outstanding performances. Each hall stepped up their game this year, most students describing it as the “best Clash [they] have seen.” The gym was filled with cheers, screams and immense energy. Everyone put forth their absolute best for the various Pep Rally games. The bar for next year’s Clash has certainly been set higher.

Even though 04 had struggled to actually win in past years, Kevin Li ’14 eloquently stated, “The sun always rises,” referencing 1504’s hall theme and their 4-year long resolve to finally, and inevitably, win.

Is this the beginning of 04’s own winning streak? Will 07 come back? Or will a girl hall sweep the competition away? Is a new rivalry going to emerge? We’ll have to wait until next year to see.

The final score breakdown can be found at sites.imsa.edu/studco/clash. Check out footage and pictures from the week at www.imsastudentproductions.com.

Congratulations to all of the halls for a great competition and 1504 for a deserved win! And a big thanks goes to Student Council and CAB for running yet another successful Clash!

Stay up to date with Clash activities with the Acronym’s Clash of the Halls in Review:

Tales and Tips with Dr. Skinner

Microsoft vs. Apple: The Big Two

Be the first to comment on "Clash of the Halls 2014: Finale"