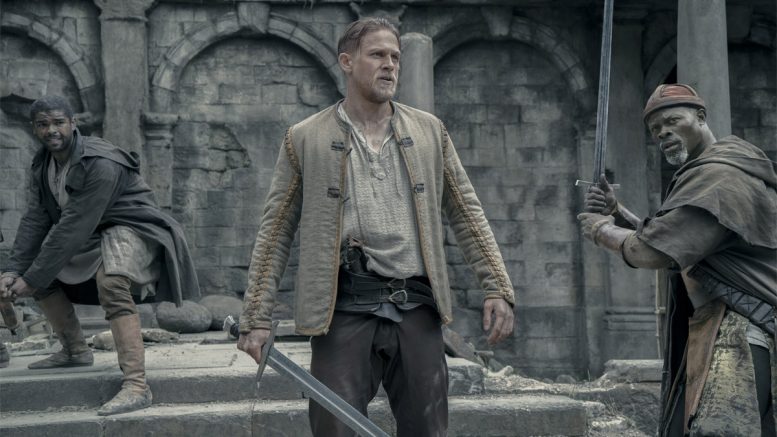 Hollywood has a thing for retellings. Anything that serves as a stock suitable enough to draw from again earns the right to live. Sequels, remakes, reboots. Even fairy tales have their own chance in the industry.

This trend is blessing or a curse, depending on who is being asked. Reviewers of King Arthur: Legend of the Sword may choose the latter more often than not, their reasons revolving around one issue in particular: integrity.

It’s in the name — King Arthur. It’s a tale with a title that is, at the very least, familiar to many who hear it. Then come the other associations — Camelot Castle, the Round Table, legendary sword Excalibur, heroic knights abiding by the code of chivalry — all wrapped up in that intangible blanket of warm wonder and child-like nostalgia that comes with a good fairy tale.

All slaughtered by the flash of fast-paced, blockbuster action.

To be completely fair, the movie does the action part well (or very frequently; their mutual exclusion shall be left to the beholder). Director Guy Ritchie is known for his swift, spontaneous scenes of cinematic action. He was, after all, the man who turned Sherlock Holmes into an action hero. When it came to his latest project, yet another retelling of a fantasy classic, he brought his practiced skills to the fore, bringing out the action and pouring on the special effects.

Drowning the mythic fantasy and all its elements in the process.

It’s not so much about the jumbled nature of the movie’s plot and action scenes that offend so many — though that is indeed an issue — as much as it is the complete disregard of the story. The same backlash occurred when another director — Zack Snyder — committed the same error in his movie Batman v Superman: Dawn of Justice, putting style over substance and arguably marring the two most loved comic book characters of America. All in one movie, all because one put cool flash ahead of story and narrative.

King Arthur: Legend of the Sword released in the United States on May 12, 2017.

Be the first to comment on "King Arthur: Legend of the Sword – Death by Flash"