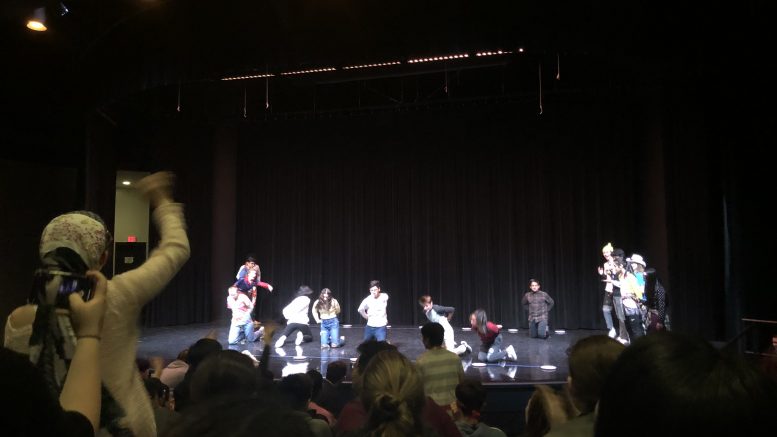 Clash Day 3’s big event was Game Show, a series of seven games only sometimes related to the halls’ themes. By far the oddest game of this year was when each contestant had to pretend to be a baby and transfer binkies across the stage with their mouths. Luckily for our sanity, that particular game was bracketed by the more classic Samurai (Simon) Says and a paper airplane throwing contest. Each hall gave varying performances across the separate games, but unfortunately, official scores haven’t been released at the time of writing.

Never fear, scores for plenty of events did appear at the end of the show! The halls attempted two riddles today. After some unresolved confusion about which riddle was which, it was revealed that the riddle we’ll call Riddle 1 had three correct submissions. It was won by 1505, with 1503 in second place and 1504 in third. Riddle A, the other riddle, was only answered correctly by one hall, 1501.

Murals, which are traditionally judged on Wednesday, will be judged tomorrow. In the meantime, we have scores for t-shirts.

Congrats, 02. We also got scores for propics:

Overall scoring is still up in the air going into Clash’s largest day and event, pep rally. May the best hall win.

Clash of the Halls Color Reveal

How to IMSA: Clash of the Responsibilities