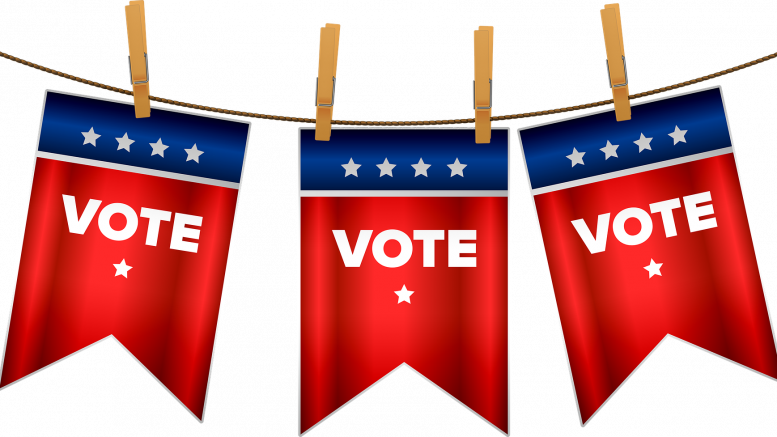 For the most part, U.S. democracy allows citizens to directly engage and participate in the government by electing various local, statewide, and nationwide officials to represent them. Yet, many Americans can be frustrated with the way that democracy is implemented in our country. Unlike many other governments, the U.S. political system is a winner-takes-all deal, and that has significantly contributed to the Democratic and the Republican Party’s monopoly over the national government. Unfortunately, that means third parties, such as the Green Party, almost never have the opportunity to hold a major presence on the national stage. Even if third parties win a few percentage points’ worth of votes in national elections, they do not receive any representation in the end, creating a seemingly insurmountable roadblock for such movements to break through. Almost no trace can be found of a third party making waves in recent times, except for one particular election. To see how a third party can be successful, we must investigate this election and consider what circumstances allowed for an insurgent third party to dramatically alter the landscape of the race.

The year was 1992. Just a year prior, the Soviet Union had dissolved, and all seemed well for the United States, as their main rival for the past few decades was no longer a threat. But, the economic recession from 1990-1992 gave way to sluggish recovery efforts, creating dissatisfaction towards the Bush administration for its inability to provide relief. Cracks in the economic prosperity of the 1980s had widened into chasms, leading to a stock market crash in 1987. The Federal Reserve raised interest rates.  Hiked oil prices caused by the U.S.’ involvement in the Middle East contributed to the economic woes. Many Americans blamed the aftermath of the recession on George H.W. Bush’s administration. The increasing pressure on the president opened up opportunities for political challengers to take the White House. The slowing economy set the stage for a fiery presidential election, much of which was dominated by conversations surrounding economic problems.

And now, our main character: H. Ross Perot. Known as “the man from Texarkana,” Perot’s initial rise to fame came from his self-made company, Electronic Data Systems, which he sold to General Motors in 1984 for 2.4 billion dollars. Perot had previously dipped his toes into political waters when he attempted to deliver resources to American prisoners-of-war in North Vietnam, and arranged for the release of two of his employees taken captive in Iran in 1979. Yet, Perot remained a political outsider until the 1992 Presidential Election. By the end of it, Perot, despite suffering a major blow to his reputation after dropping out temporarily in July, still won an astonishing 18.8% of the popular vote. Perhaps what is more shocking is that in July, Perot had a projected 39% support base, according to a Gallup poll, and was ahead of both Bush and Bill Clinton, the Democratic nominee and eventual winner. For a third-party candidate, this support is almost unheard of. There are two main factors that contributed to Perot’s success.

First, Perot was the right candidate at the right time. As mentioned previously, the economic downturn that the U.S. was suffering generated widespread antagonism towards the Bush administration’s economic policies and cast doubt on the government’s ability to help provide financial support to its own citizens. Perot, on the other hand, launched a populist campaign in response to the widespread discontent across the nation. His policies were fundamentally rooted in a distrust of big government and advocacy of “economic nationalism,” putting a larger emphasis on balancing the budget and moving jobs back into the U.S. This platform motivated millions to turn out in support for Perot, most of whom looked for a change from the traditional two-party system. His fresh, provocative talking points elevated him to the national stage and won him the hearts and minds of voters.

However, Ross Perot would have been unable to do this if he did not spend huge amounts of money on outreach. Since he established his own Reform Party, Perot was already at a major disadvantage in terms of air time and campaigning. However, he previously built himself up to be a billionaire through his entrepreneurial ventures, allowing him to spend millions of dollars to fund his own campaign. For example, Perot purchased half-hour segments on national television advocating for his policies, which exposed him to a wider audience. These segments were also one of the first instances of politicians directly engaging with a nationwide base without going through an intermediary source. This forged the connections necessary to elevate his status among the electorate and the general population.

So, what does this tell us? Third-party candidates need to establish a strong presence through well-funded and well-advertised campaigns, as well as weaponize widespread dissatisfaction with the status quo in order to even have a shot at the Oval Office. While Perot was unable to win the election due to the controversies that surrounded him, he laid down a basic roadmap for future third-party candidates to follow. Perhaps this roadmap is an unfortunate reflection of American politics, in which a pay-to-play system casts virtually all grassroots candidates to relative obscurity. Perhaps it is also a sign that the electorate can easily be stirred with populist campaigns, which explains the rise of Donald Trump’s campaign in 2016 with his advocacy of an “America First” platform. Yet, there is a silver lining to all of these conclusions. Perot’s candidacy revealed that millions of Americans were, indeed, unhappy about the two-party system, where the full spectrum of political leanings is hastily divided into two main blocs. If a third-party candidate is able to muster all the necessary resources, manpower, and talking points, maybe they could break through the electoral barrier and rise to the occasion.

All Eyes On Georgia