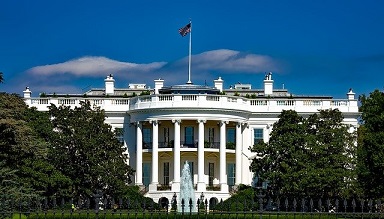 Election night soon became election week in this incredibly close contest between former Vice President Joe Biden and President Donald Trump. After an exhausting campaign season in the midst of a pandemic and a four-day long saga of ballot counting, with mail-in ballots in wide use for the first time, it was not until after 10 a.m. CST on Saturday, November 7th that media outlets projected Biden to win this race.

It was not looking great for Joe Biden on Tuesday night, as several key states Democrats hoped to flip including Texas and Florida turned red, but when the Associated Press projected traditionally red Arizona to go to Biden, it was anybody’s race. Wisconsin and Michigan were also soon called for Biden on Wednesday, and it then came down to four states: Nevada, Georgia, North Carolina, and Pennsylvania. Biden was winning in Nevada, and Trump maintained his lead in North Carolina, Georgia, and Pennsylvania until early Friday morning when Joe Biden took the lead in the latter two states overnight. Both candidates spent much of the campaign season trying to appeal to voters in Pennsylvania, as it was predicted that the Keystone State would be vital in deciding who would win this election. Sure enough, it was Pennsylvania that pushed Joe Biden’s count over the 270 electoral votes needed to win the presidency on Saturday morning.

Immediately after Vice President Biden was named President-Elect, supporters began celebrating in several cities including Philadelphia, New York, and at Black Lives Matter Plaza in Washington D.C. In New York, people spontaneously came out of their homes, began high-fiving each other and dancing with those around them, surrounded by honking horns and people banging pots to celebrate. Those at Black Lives Matter Plaza near the White House began taking selfies and holding signs, such as “Trump is Over” and “Veterans for Racial Justice.” Supporters of President Trump began protesting in state capitols as a part of the “Stop the Steal” campaign, which was removed from Facebook due to spreading misinformation relating to voter fraud and encouraging violence. In Lansing, Michigan, many Trump supporters protested with signs reading “it’s not over” while repeating “we won.” Similar protests over the claim that the election was stolen from President Trump occurred in Albany, New York and Columbia, South Carolina.

The Trump campaign has filed lawsuits over the past few days in Pennsylvania, Georgia, Michigan, Arizona, and Nevada on various issues of alleged vote fraud. A lawsuit introduced by the campaign in Pennsylvania on Wednesday argued that those who wanted to watch the votes being counted in Philadelphia County were not able to properly do so. A judge granted their request to allow observers. The Trump campaign then filed another lawsuit on Thursday saying that watchers were still not able to view the count, and that the vote count in Pennsylvania should be halted. This request was denied by a judge. Many other lawsuits have been filed, but little evidence has been introduced to support these claims, and some of the lawsuits have been struck down by the courts. The Trump campaign also stated on Wednesday that it would request a recount in Wisconsin.

The United States experienced record voter turnout, and no candidate has ever received the number of votes Vice President Joe Biden and President Trump received in this election. With over 74 million ballots turned in for him, Biden has received more votes than any other presidential candidate in history. Additionally, now Vice President-Elect Kamala Harris will become the first female vice president, first Black vice president, and first Indian-American vice president in our country’s history.

We must wait to see the results of the legal action taken by the Trump campaign and possible recounts in states, but for now, Vice President Joe Biden is set to be inaugurated 46th President of the United States on January 20th, 2021.

The Road to 1991: The Democratic Primaries and Caucuses