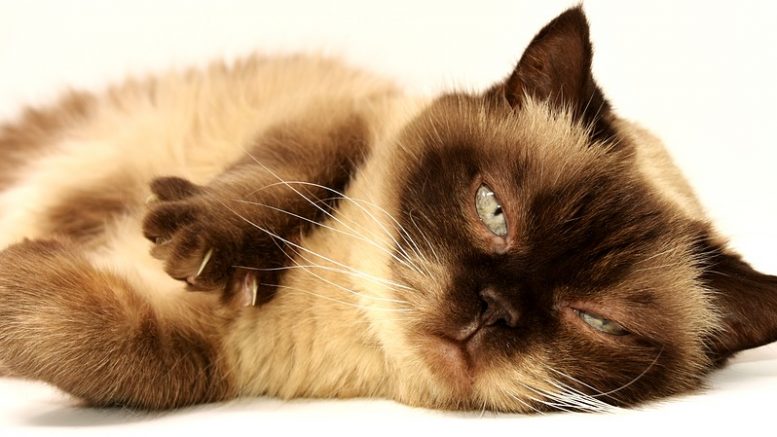 Schrodinger proposed a "thought experiment" of a cat trapped in a box - but what about a student trapped in the IMSA bubble? Source: Pixabay.

Schrodinger’s famous paradox proposes a cat that is both alive and dead simultaneously. The cat only “becomes” alive or dead when someone observes the animal.

Until recently, this scenario has only existed as a thought experiment. But IMSA, with its lofty goal of breaking boundaries to advance the human condition, has created ideal grounds to test Schrodinger’s theory in real life.

Evidence shows that, while inside the IMSA bubble, students are uncertain whether they are alive or dead. Junior Peter Eric commented, “Once I heard my classmate announce that they were ‘so totally dead,’ but the very next day the same guy came to school, very much alive! I don’t know what’s up!”

Sophomore Joseph Hawkerdong told a similar story, adding, “Is this some mysterious effect of the IMSA bubble? Is it normal for IMSA students to be both alive and dead simultaneously?”

Schrodinger’s cat is not the only quantum physical theory brought to life at IMSA. We have also observed the effects of special relativity inside the IMSA bubble.

Our data show that when IMSA students procrastinate, time speeds up, thereby causing a 1-hour TV show to turn into a 5-hour binge, or a Minecraft game to occupy 24 hours instead of 12. Time also tends to speed up when students sleep, cruelly cheating them of valuable rest and relaxation. (We hold this phenomenon responsible for IMSA’s abundance of sleep-deprived students).

But outside the IMSA bubble, these effects strangely disappear.

The IMSA bubble’s special relativity also causes certain weeks – usually the ones when students receive the most homework – to pass excruciatingly slowly, while weeks with very little homework are over in the blink of an eye.

We can only conclude that the Illinois Math and Science Academy exists independently of the laws of physics. We therefore recommend that students gain a working knowledge of special relativity and quantum mechanics before entering the ultimate enigma of physics: the IMSA bubble.

Note for past, present, future, and whatever-other-dimensions-of-time-may-exist Modern Physics students: Here we estimate the wavefunction of the IMSA bubble using two eigenstates (alive-ness and dead-ness) with corresponding eigenvalues 1 and 0.

The wavefunction for inhabitants of the IMSA bubble.

Special thanks to my co-columnist and section editor Mara Adams for the inspiration to write this article.

How to Use Your Senior Privileges